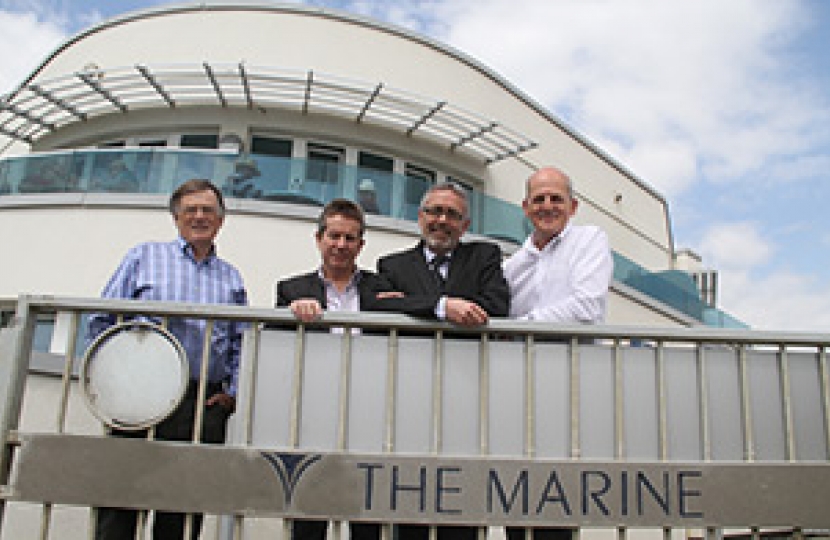 The Marine Restaurant at Milford on Sea, which was badly damaged in the Valentine's storm, has re-opened for business with the support of Conservative controloled New Forest District Council.

Conservatives have worked with the emergency services in the rescue of 32 diners from the restaurant after it was overcome by a strong tidal surge and high winds on 14 February. No-one was injured but the restaurant was badly damaged by flood water and all the windows were smashed by stones and debris blown from the beach by the high winds.

In under three months owner Richard Thompson has been able to get the business back on its feet and is looking forward to the summer season. "I wouldn't have been able to do this without the support I received from New Forest District Council, New Forest Tourism Association and VisitEngland," said Richard.

The Conservative council has helped Richard access government funding for businesses affected by the floods, including a business support grant of £5,000, and business rate relief. The council is also helping Richard to apply for a repair and renew grant of up to £5,000 to pay for repairs and measures that will improve the property's ability to withstand future flooding.

James Berresford, VisitEngland's chief executive, visited the New Forest earlier this month and was pleased to see how The Marine was recovering. "It's really great to see first-hand how our support has helped businesses like The Marine get back on their feet. A lot of people were put off visiting flood affected areas so our work has centered on turning around negative perceptions and reminding visitors what wonderful and exciting destinations we have in England - whatever the weather!"

Anthony Climpson, New Forest District Council's tourism and employment manager, added: "Coastal businesses play a major part in the visitor experience here in the New Forest and they make an important contribution to the local economy, so it's vital that they are able to bounce back quickly from unfortunate situations like this."