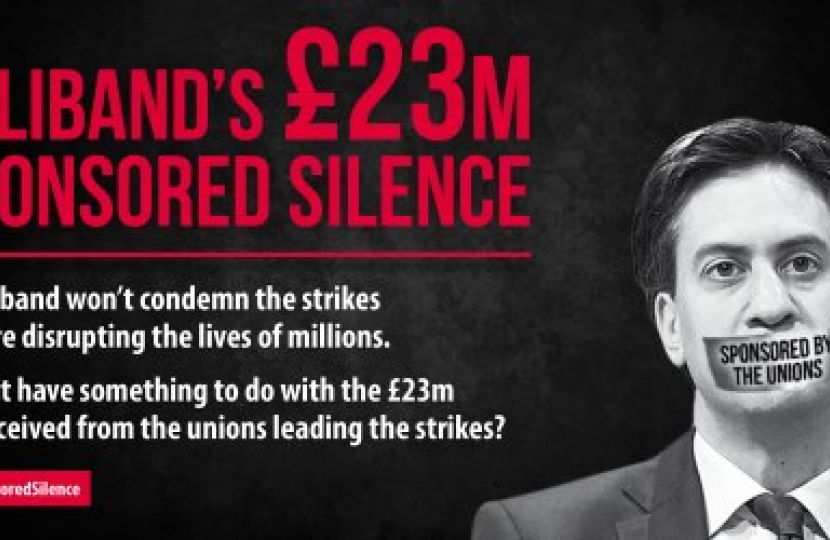 Today's strikes are disrupting the lives of millions. Schools have been shut, damaging children's education and forcing parents to take time off work or scramble round for childcare. Libraries and other public services have closed, causing difficulties to families across the country.

We are clear: these strikes are wrong.

Labour left our economy in a mess. We have taken difficult decisions that have reduced the deficit by over a third - and we need to keep on dealing with our debts to safeguard the economy for the long term.

We can't go back to Labour's way of more spending, more borrowing and more taxes. It would wreck the recovery and put jobs at risk.

There is only one conclusion we can draw from his silence: he's too weak to stand up to the union paymasters who have donated £23 million to his Party.

National Chairman of the Conservative Party