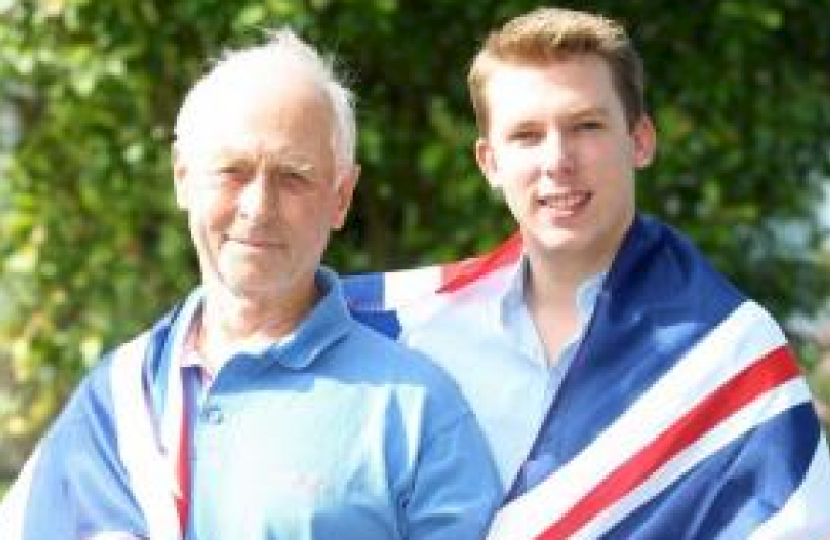 THEY are doing their bit to save the Union.

Two men from Hampshire are travelling more than 400 miles in a bid to save the 300-year-old link between Scotland and the rest of the UK.

James Binns and Terry Lankford are backing the Daily Echo’s campaign to save the Union.

They have travelled to Edinburgh this week in a bid to show Scots how much English people value the bond between the two countries ahead of the vote on Thursday.

More than 4.3 million Scots will vote, and this paper has firmly backed the continuation of the Union that has led to a proud history of shared achievements.

The danger of independence has also been spelled out in the run-up to the election, with dire warnings of the economic impact on both an independent Scotland and the remainder of the UK.

And it wouldn’t just be Scots affected by independence – it could also mean increased mortgage payments for people in Hampshire, and the UK picking up a huge bill to move the Trident nuclear deterrent system south.

Twenty-three-year-old masters student and district council member Mr Binns and Mr Lankford are two of the thousands of “no” campaigners trying to ensure that doesn’t happen.

Cllr Binns, from Dibden Purlieu, said: “I’m passionate about the Union because it’s the country I’ve been born into and I’m upset that I haven’t got a say over this.

“The consequences are irrevocable. We are intertwined. There are lots of people you speak to down here who have Scottish ancestry.

“It seems ridiculous that we are thinking of putting up a border when there’s no need to. We are truly better together.”

And pal Mr Lankford, a 69-year-old business owner from Hythe, said: “We feel very passionately and we’re not going to stand idly by and do nothing. We’re going to do our bit.”