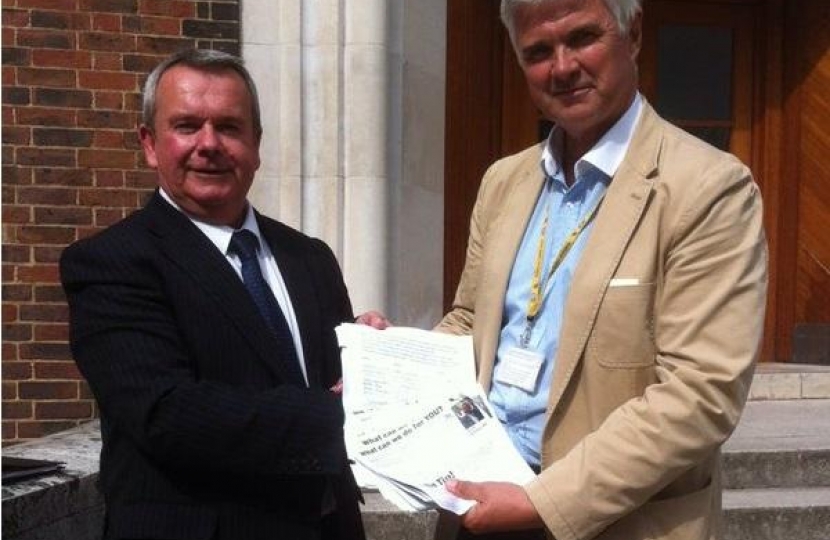 If a photograph is taken and used in political literature then written consent must always be provided. But Mr Harrison, who has been a Councillor for over two-decades, failed to ask Conservative Councillor Rob Humby, Executive Member for Economy, Transport & Environment, whether he was prepared to appear in Mr Harrison's 2021 re-election leaflet. Unsurprisingly the answer from Mr Humby would have been an emphatic "no".

He continued: "I do not recall being asked by Mr Harrison whether the photograph in question could be used in his election leaflet. The image could be misconstrued as an endorsement of the Liberal Democrats, which it most certainly is not! I am fully behind the Conservative candidate, Richard Young, who is a great local candidate and already works very hard for the residents of Totton South & Marchwood".

Mr Harrison, who has been seen attending multiple GDPR sessions as well as candidate briefings at New Forest District Council, is often quick to point out when others slip up, but on this one, he should have known better. This comes after already using NFDC Officers in political literature last year. At the request of Cllr Humby, NFECA has submitted a formal complaint to the Electoral Commission. 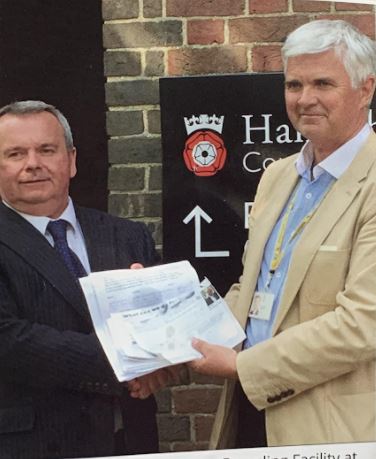 The picture used in the Liberal Democrat election leaflet.

The next major election we are focusing on is the New Forest District Council Election which is due to take place in May 2023. The candidate selection process has already started with every ward having new boundaries.