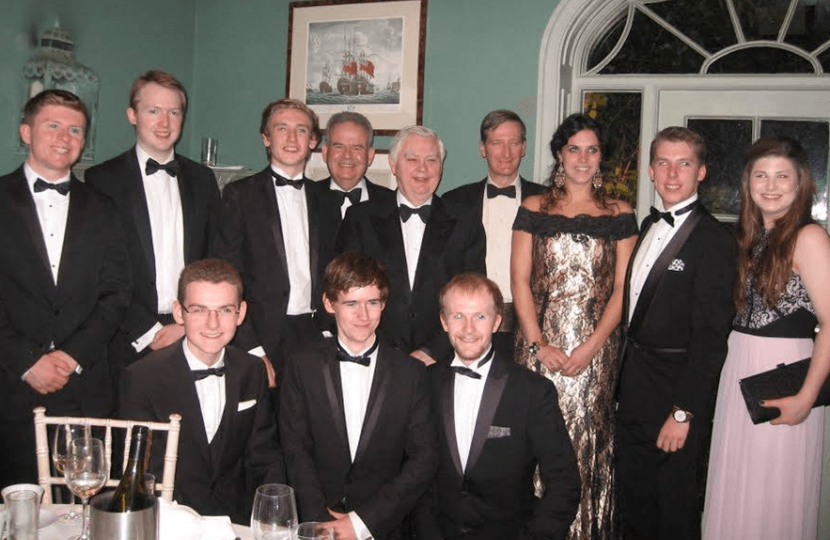 Last years Gala was a resounding success. We were fortunate enough to not only have one, but two, leading figures within the Conservative Party as our guest speakers. Lord Lamont, the former Chancellor of the Exchequer, and Dominic Grieve the former Attorney General, were fantastic speakers who offered a unique insight into the Thatcher and Cameron governments.

As is customary at Conservative events, a raffle which consisted of French hampers, beautiful cut glass decanters, champagne flutes, restaurant vouchers, bottles of wine and champagne, also brought a shine to the evenings proceedings.

The food and service which we received throughout the night was exceptional, and the subsequent feedback has been extremely positive. However, the highlight of the evening was quite simply seeing over 80 of our activists and supporters enjoying what was a truly enjoyable evening. We were also fortunate to have a strong showing from our Conservative Future members and finished the night with three new members.

Due to popular demand we have decided to host our second Gala at the Master Builders Hotel on the 20th of November with Lord Hurd as guest speaker. Tickets sell quickly so please get in touch with the office as soon as possible. I look forward to seeing you there.