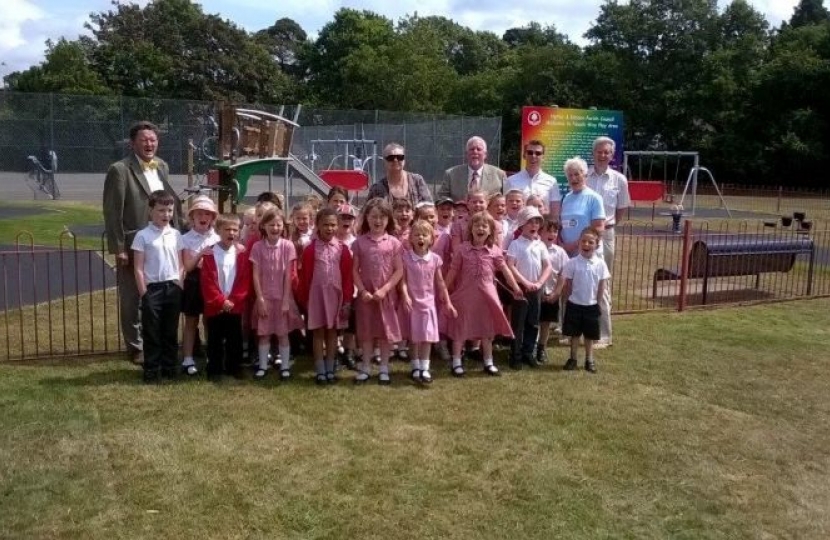 Following the re-opening of the refurbished Bluebell Gardens Play Area earlier this month, we are pleased to announce that the refurbishment of Noads Way and Fletcher Close Play Areas have been completed. Both parks reopened to the public on Friday 17 July 2015 following a total spend of £73,000.

The opening of the two parks, completes the three planned refurbishments for 2015 all of the projects were overseen by the Council’s Open Spaces Working Group which is made up of Members and Officers of the Council together with the Handy Trust.

The cost of the new play equipment and its installation has been funded using mainly Developers Contributions following discussions with New Forest District Council.

We would like to thank the members of the community who responded to the consultation process and the play equipment companies who provided designs.