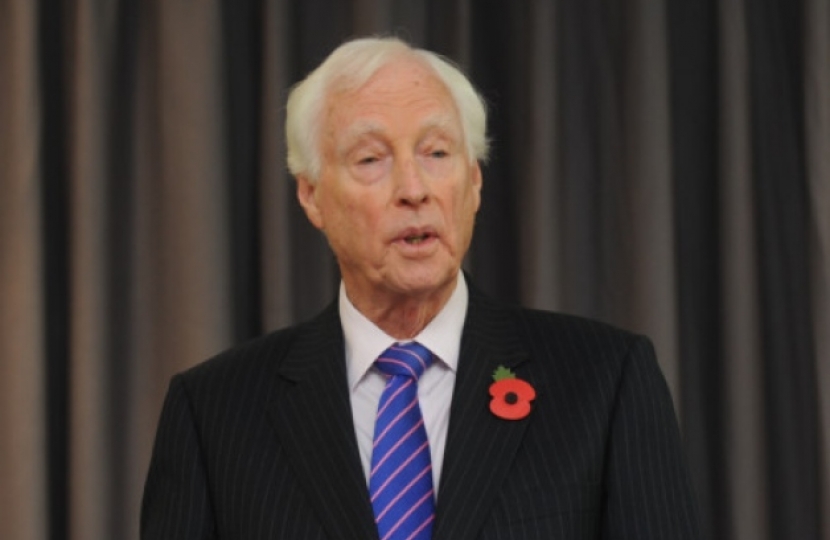 Local Councillor Ken Thornber is to step down as leader of Hampshire County Council, but promises to remain close to frontline politics.

Cllr Thornber said he is to formally step down at the party’s Annual General Meeting, which is due to be held on Tuesday.

The announcement comes after the Conservatives retained control of the county.

Cllr Thornber, who represents Brockenhurst, said: ‘This is an arrangement I have got with the group.

‘At the AGM on Tuesday, I will step down as leader. I shall be leader until then.

‘After 14 years, while I feel I still have plenty to offer, I don’t feel some members of the group do, and they want change.’

The still fit 80-year-old believes a battle to gain leadership of the party will be fought between Councillor Roy Perry, and deputy leader Councillor Mel Kendal.

‘I think there will be a competition between the two of them,’ added Cllr Thornber.

‘There are two contenders there, but there might be more.

‘Now I want to concentrate of becoming vice chairman of the council and move to a more civic role.

‘That is dependent on the group, as they elect the chairman.

‘I would like to be chairman after a year of being vice chairman.’

If his bid is successful, Cllr Thornber would start his role of vice chairman on May 22, this year.

He said: ‘We do have a majority, therefore I think this would follow.

‘I will probably be nominated to be vice chairman.

‘For example, in my 14 years we have ensured council tax is the lowest quartile.

‘We have created thousands of apprenticeship places over five years, which had jobs on the end of it.’

In Bishop’s Waltham, the Tories took the seat from the Lib Dems while UKIP was third, but registered more than 1,000 votes.

As New Forest East is home to Ken we would like to pay tribute to his dedication and commitment over the past 14 years. He has done an excellent job as leader of the county and we wish him every success in the future.